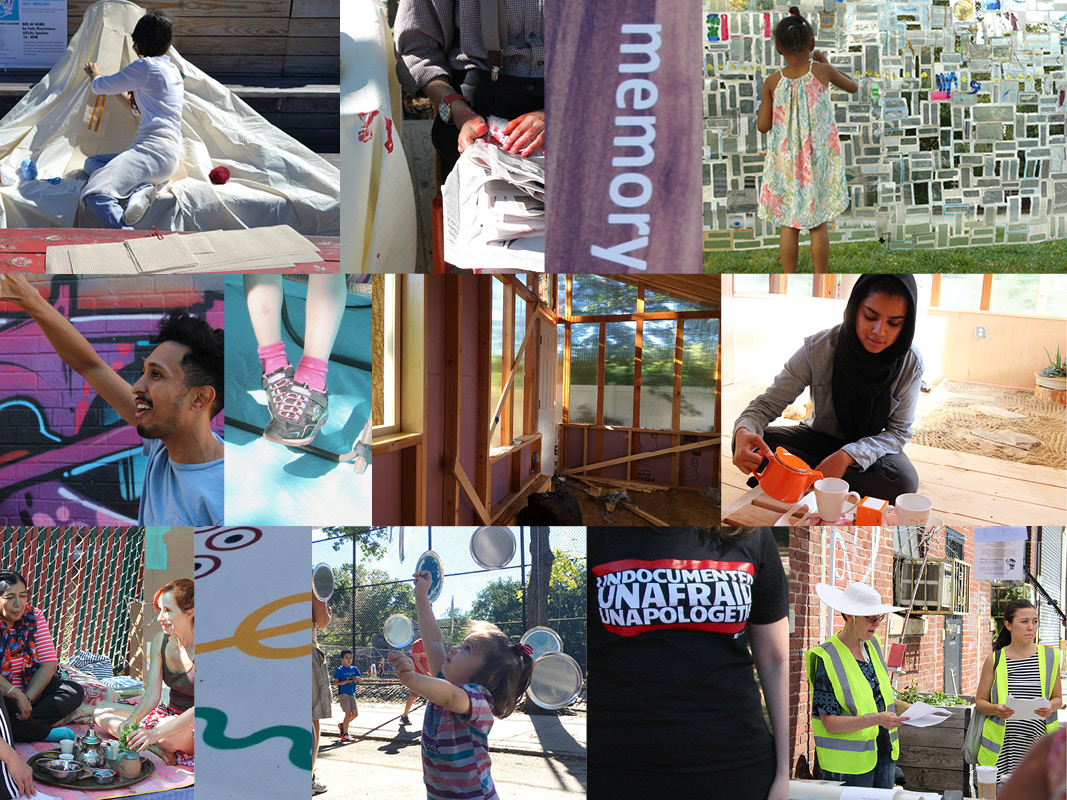 Social practice installation artist Yvonne Shortt has ideas, writes grants, sometimes gets funding, and then implements those ideas, often in public spaces. Four years ago Ms. Shortt had the idea of sharing some of her funding with other artists to create more impact in more places on the streets of Queens, New York. Queens Art Intervention, QAI for short, was born.

QAI consists of artistic interventions that happen between the artist and the community every September over one or two weekends. This December, QAI 2017 is going from the streets of Queens to the Queens Museum.

The interventions are commissioned and based on a research project developed over one year by Ms. Shortt and her social practice studio, RPGA Studio, Inc. This year’s theme is Dwelling. The 2017 research project included a collaborative design and build of a mobile tiny house that upon completion was transformed into a tea and Zen garden catalyzing conversations around feminine dwelling.

The Museum exhibition will highlight the research project and commissioned interventions with interactive installations that extend the work, impact, and longevity beyond the streets of Queens.