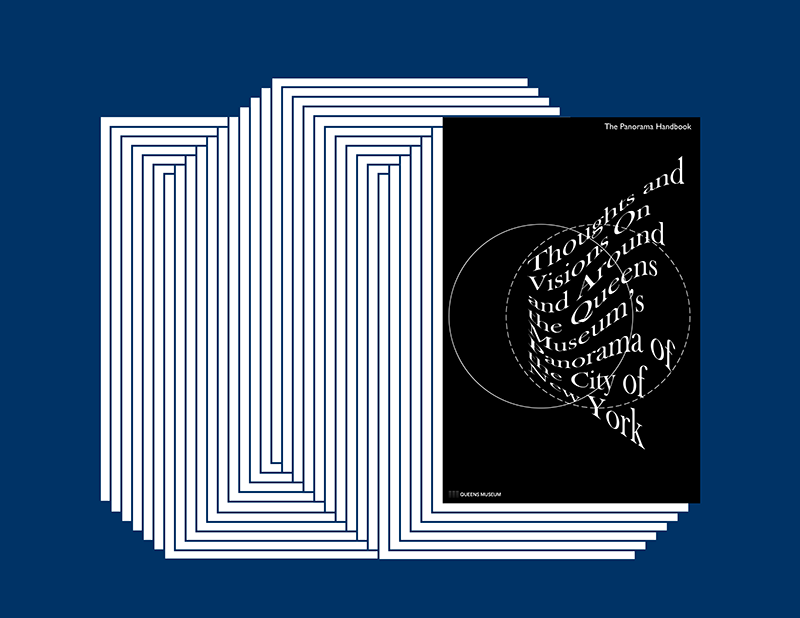 Open Call
THE PANORAMA HANDBOOK: Thoughts and Visions On and Around the Panorama of the City of New York

The Queens Museum is seeking entries for THE PANORAMA HANDBOOK: Thoughts and Visions On and Around the Queens Museum’s Panorama of the City of New York, a mini-encyclopedia of over one hundred key concepts about the phenomenon of the panorama, in all its variations, as it continues to reverberate through visual culture today. Selected open-call contributions in text or image will be included among a set of researched excerpts from diverse disciplines, works of art by contemporary artists, and commissioned writing.

Submitted material will be selected and included in this unique online publication on the Queens Museum website (print-on-demand or free downloadable PDF). Sina Najafi, Editor-in-Chief of Cabinet is a special guest panelist to the selection committee.

Submissions should be sent to: exhibitions@queensmuseum.org, as plain text or word document attachments. PDFs will not be accepted.

We seek original or found material of no more than 250 words for each of the subject headings below in bold font. These headings represent key terms related to the concept of the panorama—as a historical artifact, artistic playground, and intellectual pursuit. You may also propose a new subject heading with your entry or entries. 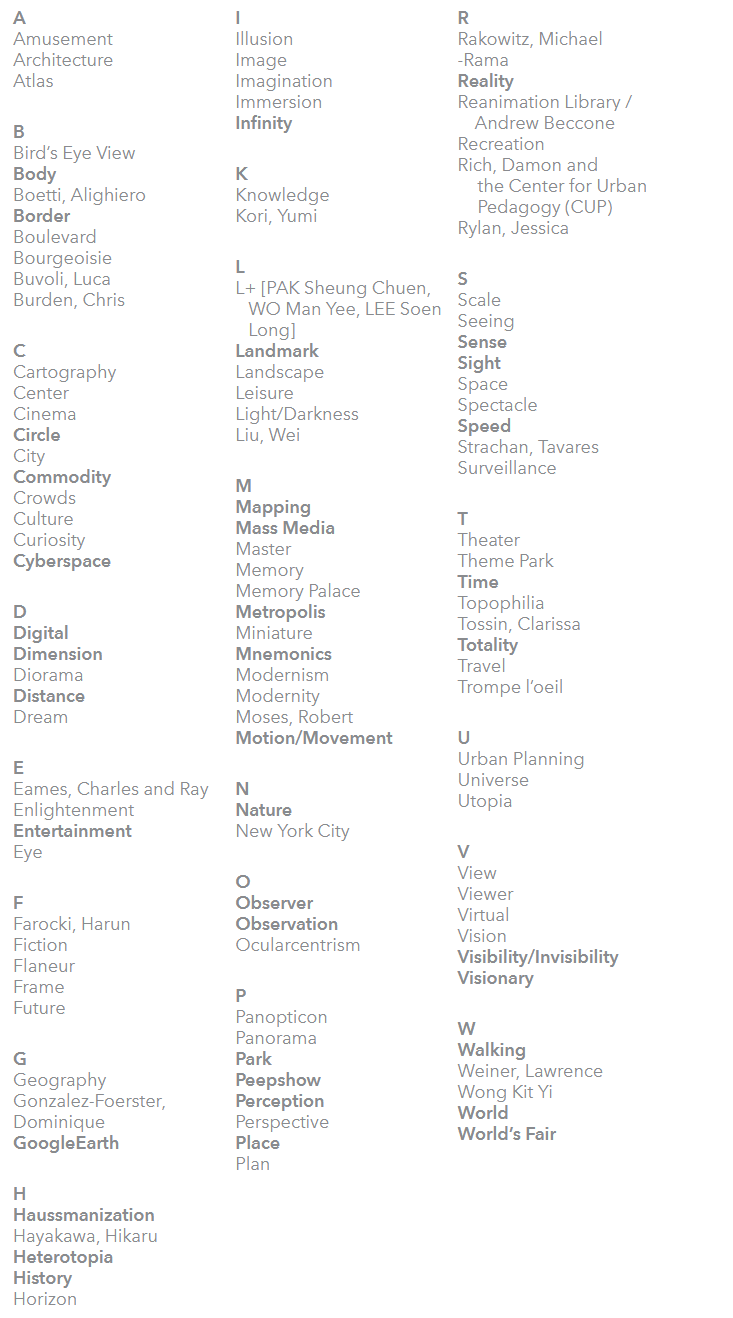 Click here to see the book under construction (PDF).

THE PANORAMA HANDBOOK is inspired by The Panorama of the City of New York—a 9,335 sq. ft. scale model of the metropolis in the Queens Museum. Commissioned by New York City’s controversial “master builder” Robert Moses (1888-1981) for the 1964/65 New York World’s Fair, the Panorama has been on permanent display in the museum since it opened doors in 1972. Over time, it has inspired various temporary exhibits and installations, most notably, Bringing the World into the World (June 15 – October 12, 2014), whose unique showcase of fifteen international artists, celebrated the Panorama’s 50th anniversary.*

Similarly, this publication comprises a multi-layered compilation of ideas relating to the concept and experience of the panorama beyond its traditional definition—a crowd-pleasing spectacle in the form of a 360-degree circular painting—or even, as is the case of the Panorama of the City of New York in the Queens Museum, a scale model of a living environment—to include spatially and philosophically expansive representations of the world, from historical forms of mass media to the contemporary visual conditions we inhabit. While the modestly “encyclopedic” entries in THE PANORAMA HANDBOOK span the idea of the panorama in wide-ranging sources, they also chronicle artistic interventions that have been staged around the Queens Museum’s Panorama in recent years, as well as works of art that share the concepts of the panoramic vision and the experience that was amassed in the exhibition Bringing the World into the World.

THE PANORAMA HANDBOOK: Thoughts and Visions On and Around the Queens Museum’s Panorama of the City of New York is conceived by Hitomi Iwasaki, Director of Exhibitions/Curator and co-edited with Blagovesta Momchedjikova, New York University. Emmy Catedral and Chloe Wyma are special researchers for and contributors to the publication, and Noelia Lecue, editorial assistant.

* Bringing the World into the World set out to recapture the allure and wide-eyed amazement triggered by this historical artifact and largest exhibit in the Queens Museum’ collection. Indeed, half a century after its creation, the Panorama remains the world’s largest and most comprehensive scale model of an urban environment. Although misnamed a “panorama,” as it does not surround the viewer the way painted circular panoramas do, the gigantic model in the museum is testimony to the generative significance of the panorama as a concept: the artistic interventions inspired by it engage with far-reaching subjects: from surveillance, mass media, and urban spectacle; to memory, cinema, and city planning. Taking its title from a series of works by Alghiero Boetti (1940-1994), Mettere al mondo il mondo (“Put the World Into the World”), Bringing the World into the World adopted Boetti’s vision that art and the world contain and are also contained by each other. To that end, the special exhibition featured a diverse body of works exploring the formal, conceptual, and psychological principles of panoramas as devices of wonder that prompt us to see, imagine, and comprehend worlds both familiar and unfamiliar. Participating artists: Alighiero Boetti, Chris Burden, Ray and Charles Eames, Harun Farocki, Dominique Gonzalez-Foerster, Hikaru Hayakawa, Yumi Kori, Jessica Rylan, Tavares Strachan, Clarissa Tossin, Lawrence Weiner, Liu Wei, and Wong Kit Yi.

Bringing the World into the World was organized by Hitomi Iwasaki, Director of Exhibitions and Curator at the Queens Museum. Click here for the exhibition’s brochure (PDF).

Image: Cover of the handbook, designed by Zeynab Izadyar