The background color of the screen-prints varies by season, starting with spring green, merging into summer blue, shifting into autumnal maroon, and abruptly jumping into snow emergency red-orange. Re-conceived in 2016 for the Queens Museum’s Large Wall, the full-scale work loomed over and around viewers, visible in a single glance, with a strange colorful layering of natural and human time.

“This work has another name,” says Ukeles. “It is ‘Teach us to number our days that we may get a heart of wisdom.’ Psalm 90:12. I treasure it as one my father’s favorite sayings.”

To purchase a print or for any further inquiries, please email Victoria Pittl at vpittl@queensmuseum.org 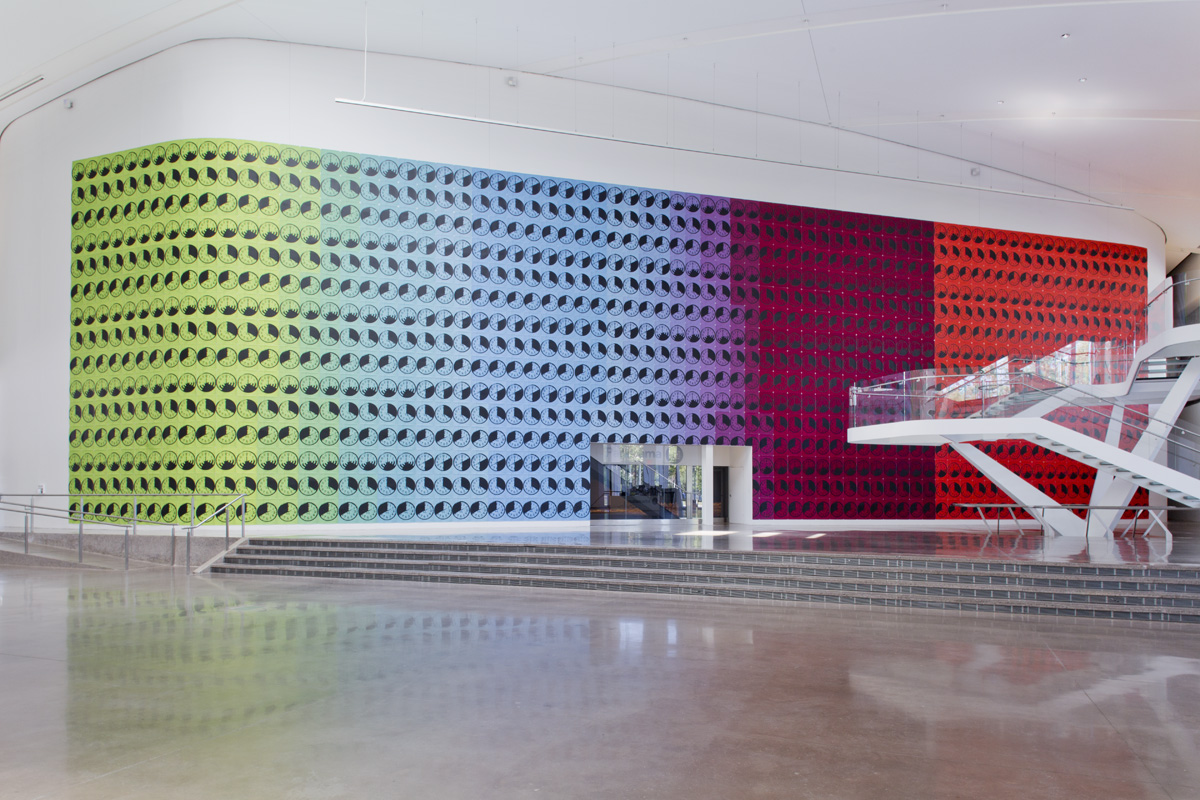