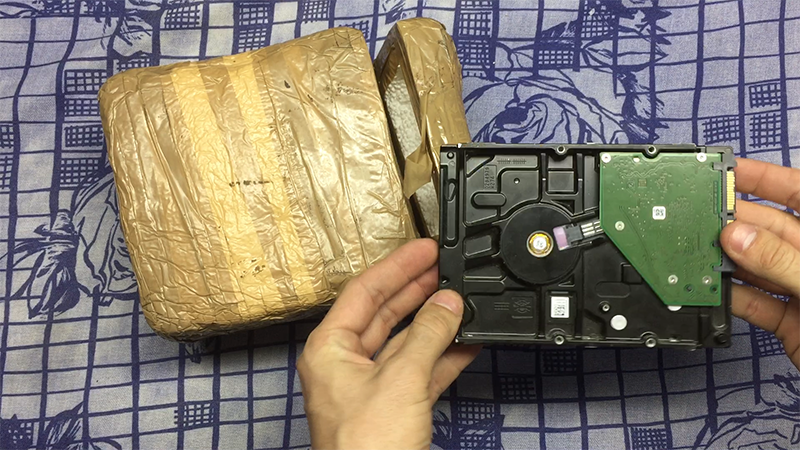 For the project 17.(SEPT) [By WeistSiréPC]™, American artist and 2016-2017 Queens Museum-Jerome Fellow Julia Weist collaborates with Cuban artist Nestor Siré to analyze creative social strategies in Cuba that have developed in place of internet connectivity. The most significant of these phenomenon, El Paquete Semanal or “the weekly package,” is a 1 terabyte digital media collection, aggregated weekly and circulated across the country via in-person file sharing.

Since 2015, Siré has been curating art into El Paquete through a project called !!!Sección A R T E (!!!A R T Section), a series of folders updated monthly with original artist projects. The folder follows the rules of the Paquete: it can be no more than 5GB, and must contain no pornography and no political issues. In early 2016, Siré invited Weist to contribute an artwork, the beginning of an ambitious partnership. Over the subsequent year, the pair met with Paquete distributors or matrices in every province in Cuba. In these talks they gained an understanding of current trends and processes on a national and local level, including who and what was popular. Weist and Siré also came to know the depth and intricacy of the Paquete networks, including the extent of its economic impact; the Paquete also includes a form of media that has been largely absent in the country for the last half-century, amidst a political regime of aspirational socialism: advertising.

For !!!Sección A R T E, Weist envisioned a conceptual and political insertion, an original video featuring quotidian internet browsing that captures the aesthetic and habitual norms of contemporary internet culture. To conform to the strict “no politics” regulations of the Paquete, Weist and Siré sought out celebrities to star in the piece, including the actor Mark Ruffalo, well-known to American audiences for both his wide-ranging roles and his political activism, and in Cuba for starring as the Hulk. Beyond capturing the attention of Paquete consumers with an iconic blockbuster film star, the choice to feature celebrities rendered the content chiefly pop cultural and thereby acceptable for inclusion. The circulation of the artwork throughout Cuba is also explored in the exhibition: how the project was promoted by the creators of the Paquete, the edits that accompanied its national distribution, and the response from the Paquete audience.

The centerpiece of 17.(SEPT) [By WeistSiréPC]™ is a 64 terabyte server containing 52 weeks of El Paquete Semanal from August 2016 to August 2017. It is the only formalized archive of the Paquete and its construction and deployment was designed around the legal and logistical restrictions of the changing US-Cuba relations over the last year. Weist and Siré contacted every copyright holder represented in the Paquete from the week of August 8, 2016, in an attempt to legalize its contents. Where possible they secured the rights to distribute the same material circulating in Cuba to Queens Museum visitors, free of charge.

Weaving in and out of contrasting political, geographic, economic, cultural, and technological circuits, 17.(SEPT) [By WeistSiréPC]™ represents a complex examination of the invisible and visible forces that shape our contemporary cultural perspectives.

Julia Weist is a recipient of the 2016-2017 Queens Museum/Jerome Foundation Fellowship for Emerging Artists, and has spent the past year working closely with curators and other staff members, optimizing opportunities to expand her practice. Weist, Sable Elyse Smith, and Ronny Quevedo, were selected by a panel that included Michael Conner (New Museum, New York), Lydia Yee (The Whitechapel Gallery, London), and Hitomi Iwasaki, Director of Exhibitions/Curator, Queens Museum.

Julia Weist (b.1984, New York, NY) holds a BFA from the Cooper Union School of Art and a MLIS from Pratt Institute. She is the recipient of the 2016 Net Based Audience Prize from Haus Der Elektronischen Künste, Basel, and the 2015 Media Plan Award from the Outdoor Advertising Association of America. Weist is the author of several artist books, including the novel Sexy Librarian (2008) and most recently After, About, With (2015). Her recent exhibitions include Know Yourself, The Luminary, St. Louis (2016), Art in the Age of…Planetary Computation, Witte de With Center for Contemporary Art, Rotterdam (2015), and a solo exhibition, Parbunkells, 83 Pitt Street, New York City (2016). Weist currently lives and works in New York.

Nestor Siré (b.1988, Camagüey, Cuba) participated in the Havana Biennial (2015), the Festival of New Latin American Cinema in Cuba (2013), the Oberhausen International Festival of Short Film, Germany (2016), and the Asunción International Biennale, Paraguay (2015). Siré was the winner of the 2016 “Visa for Creation” from l’Institut Français. He has also participated in residencies including Dos Mares in Marseille, France, and The Ludwig Foundation and LASA, Havana. His work has been exhibited at other venues including the National Museum of Fine Arts, Havana; Hong-Gah Museum, Taipei; UNAM Museum of Contemporary Art, México City; and Museum of Contemporary Art, Santa Fe, among other venues. Siré currently lives and works in Havana.

Julia Weist: 17.(SEPT) [By WeistSiréPC]™ is made possible by the Jerome Foundation, celebrating its 50th anniversary.