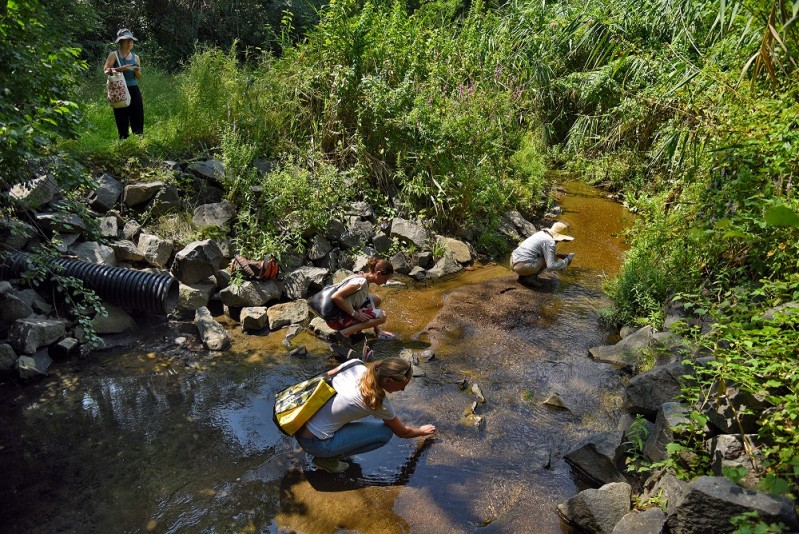 Chance Ecologies was created in 2015 by Catherine Grau, Nathan Kensinger and Stephen Zacks, and has been supported by the Queens Museum, ArtBuilt Mobile Studios and the NYC Department of Parks & Recreation with a residency at the Studio In The Park program, and has worked in partnership with Amplifier Inc., RadiatorArts, and the Newtown Creek Alliance. More information can be seen at chancecologies.org