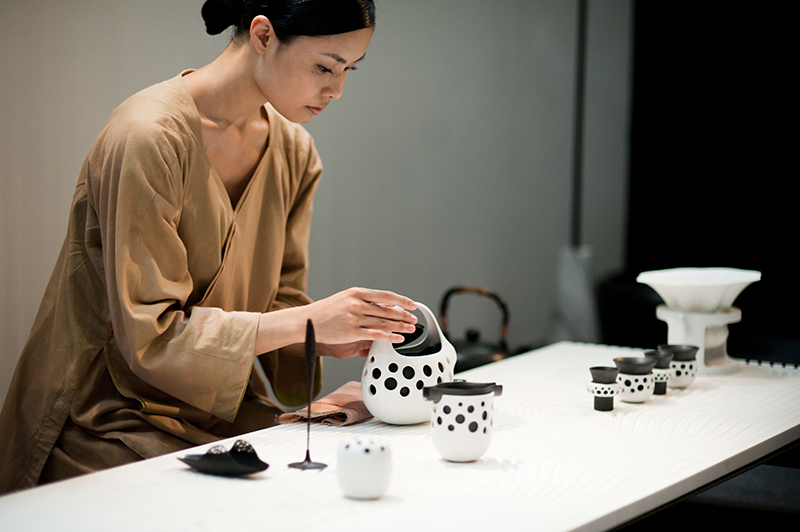 Yi Cha Huei Yo (以茶會友), which literally means “meeting friends over tea” or “friends of tea” in Chinese, is the very essence of Taiwan’s tea culture that will be demonstrated in this performance entitled Temperature.

The first 30 participants will receive a special gift from Lin Ceramics Studio.

As an old Chinese saying goes: welcoming a friend from afar gives one great delight, Temperature celebrates friendship and is the second chapter of Slow‧Flow by Lin Ceramics. It opens with the tea master making a fire, preparing to welcome a friend with tea. As the warmth diffuses in the space, the tea master performs the classic tea ceremony.

Tea Party attempts to give a novel, contemporary perspective on tea cultures in Asia. It reintroduces traditional tea culture to the young generation in a modern, trendy manner so that this thousand year old culture can evolve with the times and stay relevant. Audiences explore a new vision of tea culture during the performance that not only presents a tea ceremony, but also gives a whole new look to tea-drinking. For this performance several design teams worked together on every single element- the tea ware, tea table, costumes, music, stage setting, and dance-to create this piece.

Tea Party-Slow Flow was the winner of Design for Asia Awards 2013 and iF Design Award 2014 (in the discipline of communication).

The New New Yorkers programs is funded by the Altman Foundation and TD Bank. Additional support by the Queens Library, New York Community Trust, the New York City Department of Cultural Affairs, the New York State Council on the Arts