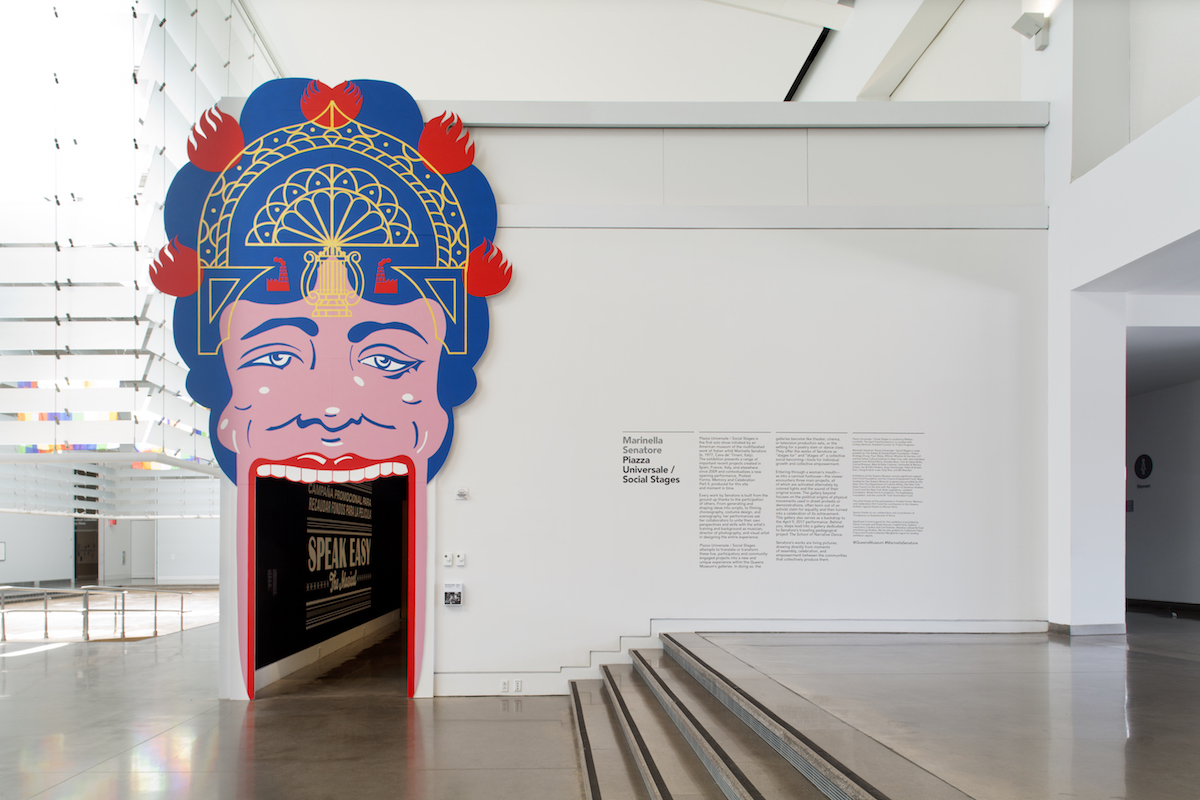 Out Loud in Public

Writers and artists in the United States are looking for relevant creative responses to meet the new challenges in the fight for social justice and equal rights in America in 2017.

In her exhibition Piazza Universale / Social Stages, currently on view through July 30th, artist Marinella Senatore presents works that are “stages for” and “stages of” a collective social becoming, and offers tools for individual growth and collective empowerment.

For Out Loud in Public, three Queens-based writers—Jared Harél, Meera Nair, and KC Trommer—build on Senatore’s example, presenting words that respond to the artist’s work, and inviting the audience to help create a collaborative poem to reflect on and resist the challenges presented by our current political moment.

Jared Harél was awarded the 2015 Stanley Kunitz Memorial Prize from American Poetry Review as well as the 2017 William Matthews Poetry Prize from Asheville Poetry Review. His poems have appeared or are forthcoming in such journals as Tin House, The Threepenny Review, The Southern Review, Massachusetts Review, EPOCH and Ecotone. His narrative long-poem, “The Body Double,” was published by Brooklyn Arts Press in 2012. Harél teaches writing at Nassau Community College, plays drums, and lives in Queens with his wife and two kids.

Meera Nair is an author of Video (Pantheon, 2002) and two children’s books published in India. Video won the Sixth Annual Asian-American Literary Award, was a Washington Post Best Book of the Year, and was shortlisted for the Kiriyama Pacific Rim Prize. Her writing has appeared in Guernica, Threepenny Review, Calyx, New York Times, the Guardian, the Washington Post, NPR’s Selected Shorts and Cura among others, and in the anthologies, Charlie Chan is Dead-2, Money Changes Everything, Delhi Noir, Upside Down and is forthcoming in Self-Defined. She has won residency fellowships from the MacDowell Colony, and writing fellowships from the New York Foundation for the Arts, The New York Times, and the Queens Council for the Arts. She was the Writer-in-Residence at Fordham University from 2011-2014, and currently teaches writing at NYU and Brooklyn College, and as a community activist, to new immigrants in Queens. She is a co-founder of the reading series, Queens Writers Resist. She lives in Jackson Heights, Queens.

KC Trommer is the author of the chapbook The Hasp Tongue (dancing girl press, 2014). A graduate of the MFA program at The University of Michigan, Ann Arbor, KC has been the recipient of an Academy of American Poets Prize. Her poem “Fear Not, Mary” won the 2015 Fugue Poetry Prize and was nominated for a Pushcart Prize. In 2017, the Grammy Award-winning composer Herschel Garfein created the song cycle Three Rides for soprano, cello, and piano from her work. The first of the songs, “The Cyclone,” had its world premiere in New York as a part of the 2017 Five Boroughs Music Festival’s Five Borough Song Book, Volume II. Her recent work has been included in the anthologies Resist Much, Obey Little (Spuyten Duyvil, 2017) and the forthcoming Who Will Speak for America?: Envisioning a New National Community After Trump (Temple University Press).