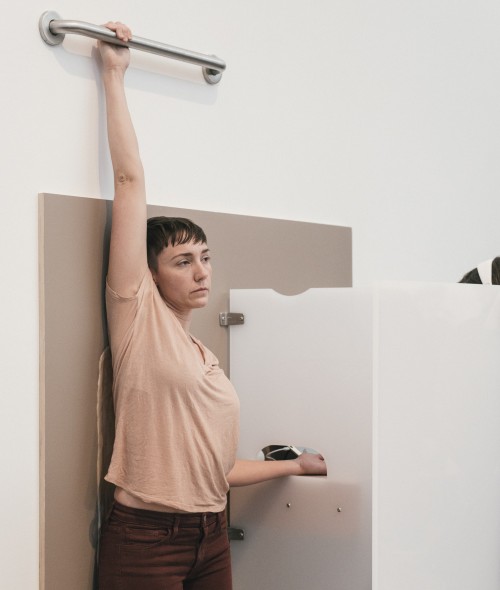 Self-Extension Roll is a performance that will activate the space, architecture, and audience surrounding the Queens International 2016 exhibition. Multiple performers will conduct subtle, choreographed movements that explore how the physical senses inform our social environment, either moving in unison or improvising according to a set of predetermined guidelines. Working in tandem with McLain’s sculpture Prepersonal, currently on view in the galleries, the performance complicates our ingrained relationships to intimacy, touch, and sensory connection, blurring the boundaries between physical and psychological, public and private space.