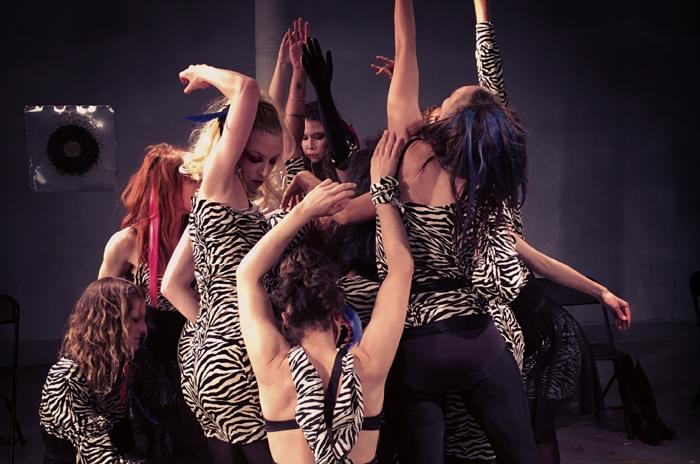 November’s program, “Territorialities,” focuses and explores notions of geographical displacement, altered environments, gendered psychogeographies, and ritualistic communal experiences. Participating artists have been invited to present new works for the series hosted at the Unisphere Gallery of the Queens Museum in New York City. 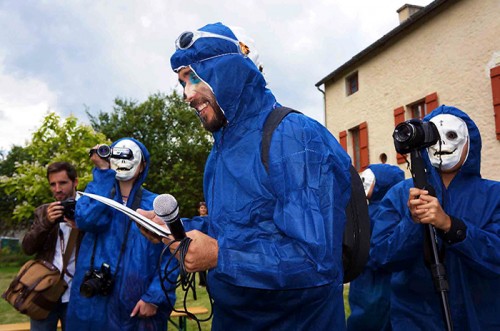 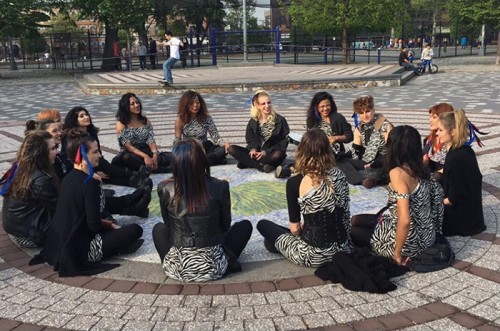 Legacy Fatale is an interdisciplinary performance art collective founded by artist Coco Dolle in 2008. Celebrating the all-female society of Greek Amazon Warrior Women, the group represents a hybrid breed of historic and pop cultural icons, a cross-pollination of mythical and contemporary female archetypes. Addressing concepts of leadership and theories of migration, the collective channels a creative model of consciousness raising feminism.Through site-specific performances, Legacy Fatale focuses on multi-generational and multi-cultural formations amongst local communities and peers. Legacy Fatale has performed at international venues including the Armory Show (NYC), Radical Manchester Wonder Women Festival (UK), Deitch Projects Gallery (NYC), Art Basel Miami (FL), Rosekill International Performance Art by Women (NYC). The collective was an artist-in-residence at Select Fair Miami (2014) and is the recipient of an international grant by The British Arts Council and Alexandra Arts (2016). It is presently in residence in Brooklyn NYC with performance art gallery Grace Exhibition Space (2016-2017). Performances were featured in press such as The NY Observer, Art Forum Diary, BlackBook, The Wild Magazine, WhiteHot Magazine and Paper Magazine. 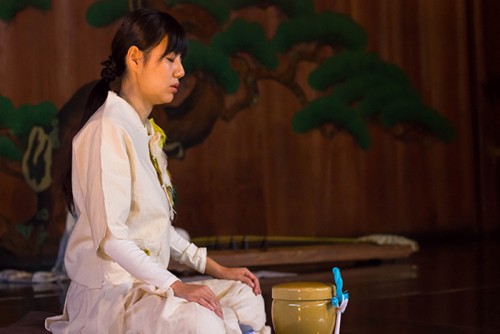 Yasuno Miyauchi is a Japanese composer. In 2005 she graduated from Tokyo Gakugei University, where she studied classical and modern music composition. From 2005 to 2007 she was a graduate student at IAMAS (Institute of Advanced Media Arts and Sciences), where she studied media art, computer music, and algorithmic composition under Prof. Masahiro Miwa. During her research she developed a musical expression using the human body, and she created the choir piece “breath strati”, which focuses especially on the voice and the overtones, and the piece got the “Honorary Mention” at “Prix Ars Electronica 2008”. She is interested in music performances where many people form a group to create sound, paying special attention to the voice and the body. Thus she launched the music performance group TSUMUGINE in 2008, now TSUMUGINE is performing actively. Recently, she have challenged composing for Japanese traditional music, and have released a new piece for Japanese ancient instruments and for Shomyo (Japanese buddhist chant). She have been working on this simple musical method called “TSUMUGINE Method”, to organize various workshops and outreach programs at schools and NPOs for people of all ages with different background, trying to apply the method not only in artistic approaches but also in other social issues such as education and welfare.