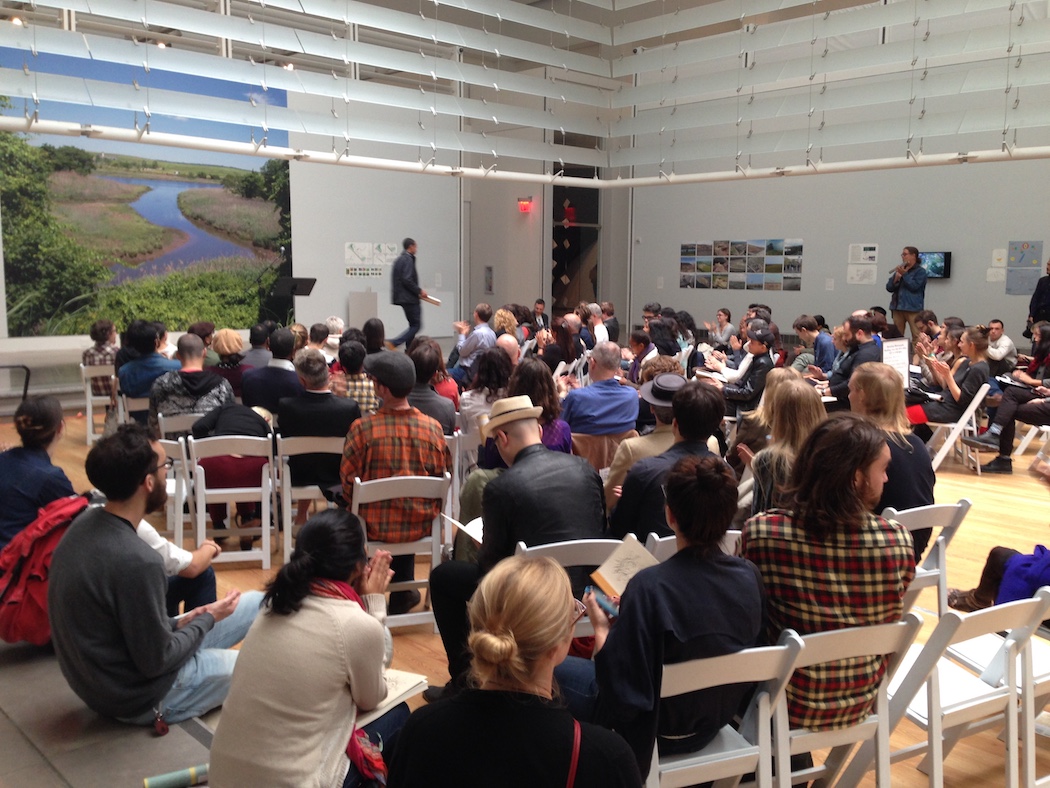 A city is a machine with innumerable parts made by the accumulation of human gestures, a colossal organism forever dying and being born, an ongoing conflict between memory and erasure, a center for capital and for attacks on capital, a rapture, a misery, a mystery, a conspiracy, a destination and point of origin, a labyrinth in which some are lost and some find what they’re looking for, an argument about how to live, and evidence that differences don’t always have to be resolved, though they may grace and grind against each other for centuries.

Excerpted above is the introduction to Nonstop Metropolis: A New York City Atlas, the final in a trilogy of illustrated atlases by Rebecca Solnit (this one written with Joshua Jelly-Schapiro and editor-at-large Garnette Cadogan), which exemplifies the way Solnit’s fluid writing breathes life into the idea of cities, a theme that has mystified and inspired centuries of writers before her. The Queens Museum is celebrating her luminous definition and supporting it with artwork in a project entitled Nonstop Metropolis: The Remix which is comprised of murals by Duke Riley and Mariam Ghani, printed broadsides of selected maps, and related programming. One such program was the book launch here at the Museum on October 2, 2016 that brought together contributors to the Atlas, Solnit, Schapiro, and Cadogan for readings from the book. 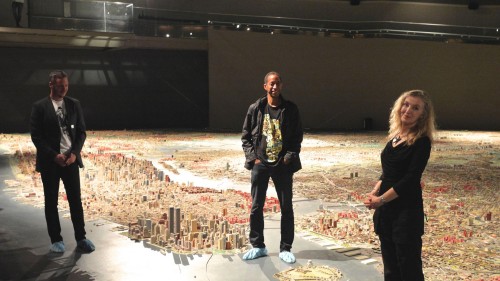 The day’s atmosphere was a reminder of the notion that the Queens Museum is a community museum: Fans of Solnit and the book were present along with general urbanists, curious museumgoers, families attending workshops, and Mierle Laderman Ukeles enthusiasts. The open plan of the museum gave way to a blending of the audiences as the sounds of birds chirping in Ukeles’ soundpiece of Freshkills Park gave a harmonious background sound to speakers reading aloud from the Atlas. Personal stories enraptured the audiences which emerged from readers including Mirissa Neff who grew up on Sesame Street (literally and figuratively) and Heather Smith, who wrote of Water and Power, Thirsts and Ghosts, and inspired Duke Riley’s bold mural That’s What She Said, on display in the Watershed Gallery.

As with all projects at the Museum, Nonstop Metropolis: The Remix falls into themes of our mission statement which partly reads:

The Queens Museum presents artistic and educational programs and exhibitions that directly relate to the contemporary urban life of its constituents, while maintaining the highest standards of professional, intellectual, and ethical responsibility.

With the Panorama of the City of New York and the Watershed Model exhibited here, we are sometimes known as a cartography museum, and with an emphasis on ethical responsibility and contemporary urban life in our mission statement, what better place to exhibit the maps that illustrate the many stories that are told in and of New York City, and beautifully and creatively present information about our city that make us question grand themes of our history and present like immigration, feminism, religious freedom, and the environment.

Maps like The Mysterious Land of Shaolin with its Wu Tang Clan inspired locales dotting Staten Island; sacred and secular spaces in Harlem, “the capital of Black America” in Black Star Lines; the languages spoken in Queens, “the world’s language capital” in Mother Tongues and Queens (best paired with the large scale mural of endangered languages in Queens on the Panorama wall by Mariam Ghani); and many more geographical maps that delve deeper into the many non-geographic layers of the city in the form of histories and stories. 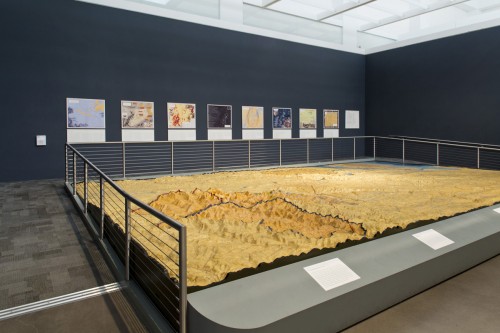 As Garnette Cadogan says “New York opens itself up to those willing to explore it” in his map City of Walkers. Those willing to explore New York were in the room at the book launch, are readers of the Atlas in every corner of the globe, and are those thousands of Queens Museum visitors who set their eyes on the maps, murals, and broadsides from Nonstop Metropolis: The Atlas.

Are you a New York explorer? Visit Nonstop Metropolis: The Remix, on view until January 2017 or follow along with the adventure via social media at @nonstopatlas and #NonstopMetropolis